Sim City 4 on sale and my thoughts on Google Glass.

I started off last week guest hosting on my friends’ podcast (defeated by delicious fruit pies episode#6), which was a great time. Discussed everything from Hollywood’s sequel-itis to the best Apocalypse movie imaginable (yes it could be quite epic). I highly recommend you check it out!

So what am I up to today? Well Simcity 4 is 4.99usd on steam today, and I’ve only bought it for about 3 people so far (amazing restraint I know). I have mixed feelings about giving EA more money after all of the issues I’ve had with the latest Simcity (2013), and I’m trying really hard not to hop on the same “beating a dead horse” bandwagon that everyone else is on about it. It’s really really hard not to though.

I am also really excited about Google Glass. I see so many people asking “why would I want this” and honestly I feel it’s the future. Ever since I played my first FPS (Doom) I’ve wanted my own personal HUD displaying information I care about at a glance, IN my vision. Current time, location, time to next appointment, an arrow pointing me to my destination, and there’s so much more that’s possible. Too many people are fixating on the current (developer/first generation) version of google glass (which are waterproof apparently).

A few generations out I can see pop up USEFUL information IN my vision, competing prices for items I pick up when I’m in a store; no more seeing something on sale after you JUST bought it, you’ll just KNOW what the best price or option for you is and realistically the savings JUST from that could offset the price of the device.

I also never imagined a Startrek-esque Universal translator happening within my lifetime let alone in the next decade, but with a combination of Google Translate, bone conduction, and this device maturing a bit we should all have a personal translator on demand in just a few years.

And lastly, I can’t wait for Ingress with one so I don’t have to dig my phone out. #lazy

← I watch too much Netflix.
Tapping into tremendous buying power → 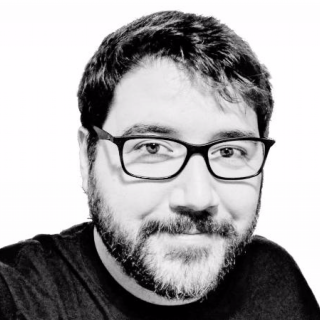